Nowhere to Lay Our Heads 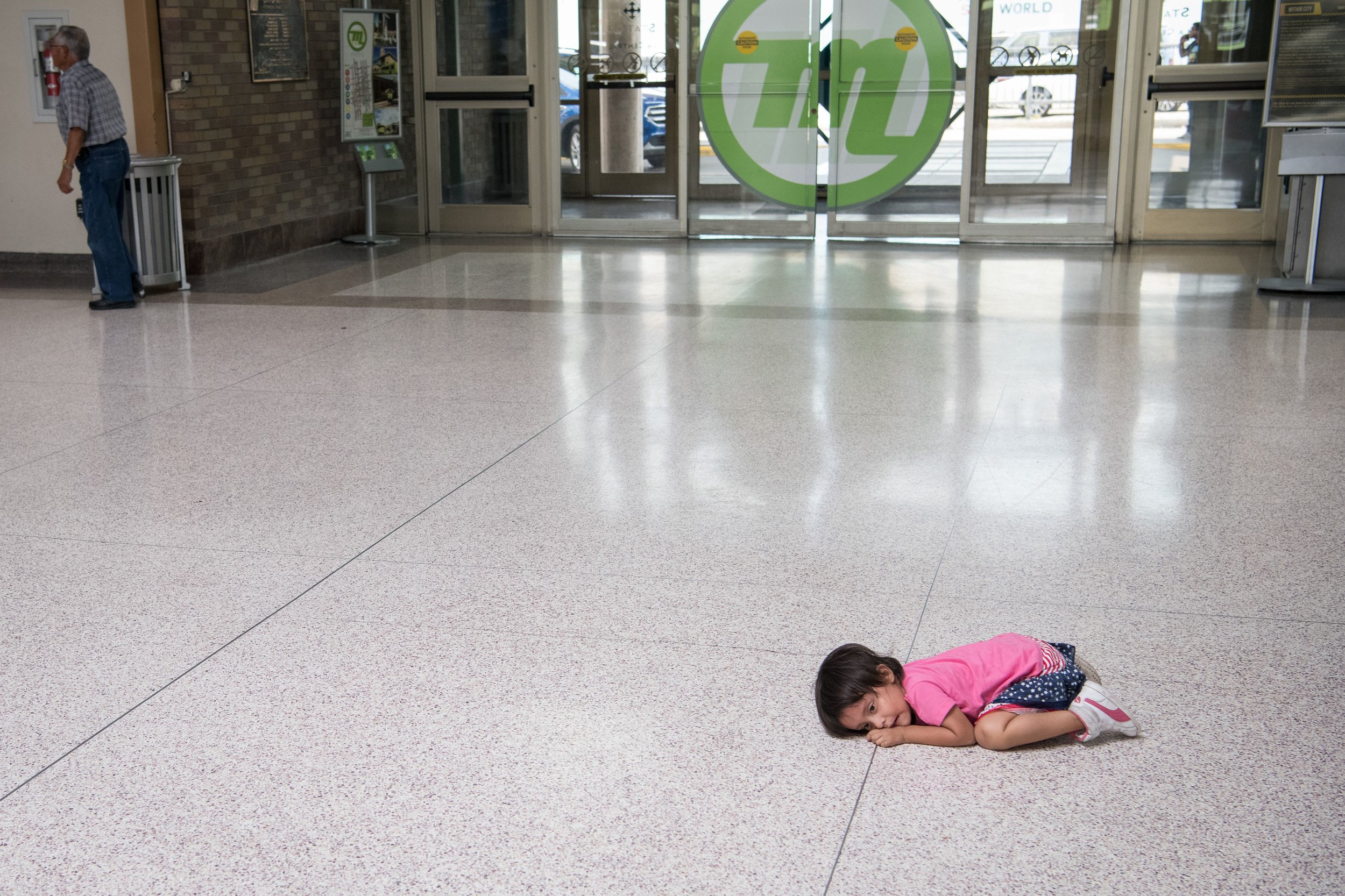 A young migrant girl sits on the floor as her father, recently released from federal detention with other Central American asylum seekers, gets a bus ticket at a bus depot on June 11, 2019, in McAllen, Texas. (Photo by LOREN ELLIOTT/AFP/Getty Images.)

Bishop of the Diocese of Atlanta the Rt. Rev. Robert Wright addressed the crisis at our southern border in his weekly For Faith devotional on Friday, June 28.

Wright, who has frequently spoken out on other issues such as gun violence, access to healthcare, and prison reform, said of his devotional message that “the Christian Gospels compel believers to think, pray and act when groups or governments take actions that are contrary to the teachings of Jesus of Nazareth.”

In his recent For Faith piece, “Nowhere”, Wright reflects on the Biblical passage in which Jesus says that he and his followers will often be at odds with the values of those focused on their own welfare over that of others.

Jesus remarked he had, “…nowhere to lay his head.” There’s a haunting sadness in that phrase. He said it after being turned away by two villages. He said it to warn his friends that following him would lead to nowhere for them. Recently we’ve seen images of small children sleeping on cold cement floors without blankets or pillows. Some say they deserve “nowhere to lay their head” because they’re “immigrant detainees.” Jesus’ life and teachings offer a window into the mind of God and a critique of the world we’ve created. Therefore, the gospel is always political but never partisan. Always an indictment lying beside an invitation.

The chosen passage, Luke 9: 51-62, designated to be read in Episcopal Church services and those of many other Christian denominations on June 30, is part of The Revised Common Lectionary, a three-year cycle of weekly Bible readings used to varying degrees by the vast majority of mainline Protestant churches in Canada and the United States.

The Diocese of Atlanta is fully committed to welcoming all, including those fleeing oppression, war or violence, Wright said. “We provide immigrants with direct services and referrals to qualified immigration programs.” For more information, click here.

Wright said an example of sustained action being taken to address the needs of immigrants include regular visits by members of St. Thomas Episcopal Church in Columbus and other area parishes to El Refugio, a ministry of hospitality to the families of men detained at one of the nation’s largest immigrant detention centers in Stewart.

“Faith without works is hollow and a disservice to the message brought to the world by Jesus,” Wright said. “I pray daily that I and others avoid the lure of comfort and pomp that leads us astray from the fingernail dirty ministry that our Savior modeled.”

The Right Reverend Robert C. Wright is the 10th bishop of the Diocese of Atlanta which is comprised of 118 worshiping communities in middle and north Georgia.

Bishop Wright’s weekly For Faith devotional is based on the week’s Gospel reading designated for use throughout the Episcopal Church.

Don Plummer is The Diocese of Atlanta’s Media and Community Relations Coordinator. Don can be reached at dplummer@episcopalatlanta.org.